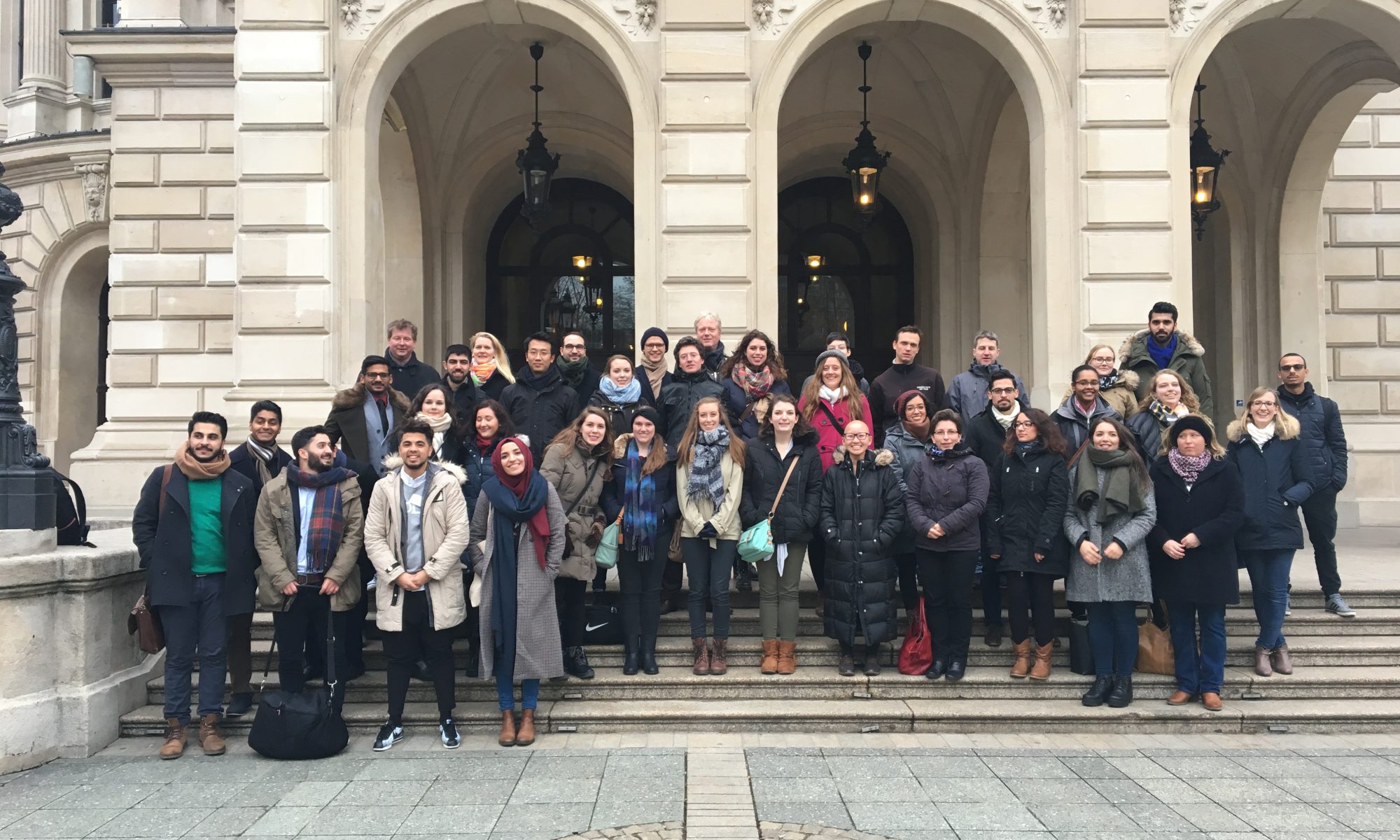 Last month, about 50 Fulbright scholars assembled in Frankfurt am Main for the first annual Fulbright Diversity Weekend. Latham and Watkins LLP along with the German Fulbright Alumni Association graciously hosted the event, which focused on promoting racial, religious, economic, and gender diversity in the corporate world and educational institutions of both Germany and the United States.

The weekend began Friday evening with socializing, networking, and traditional Hessian apple wine at Frankfurt’s cozy Apfelwein Klaus. With Fulbright spirits high and appetites sated, participants met again Saturday morning at the Latham and Watkins’ office to hear inspiring speeches and engage in meaningful discussions about diversity. Safar Sarif, panel moderator and Fulbright Diversity Program alumnus, kept presentations running smoothly throughout the day. Fulbrighters heard briefly from Dr. Oliver Schmidt, the new Executive Director of the German-American Fulbright Commission in Berlin, who reminded us that though the Fulbright Program was founded on political grounds, it doesn’t always have to be about politics. Next, speaker Greg Walker, corporate associate at Latham and Watkins, presented his work regarding the infamous Fisher vs. University of Texas case, which upheld the constitutionality of Affirmative Action, a race-conscious admissions program used by American universities. Walker’s presentation spurred interesting conversation about both the legality and morality of considering race in university admissions.

After a break for networking and coffee, four Fulbrighters shared their experience as related to diversity. In his presentation “The Many Facets of Diversity”, Christoph Althoff (Fulbright alumnus to University of Miami, 1993/94) encouraged attendees to promote diversity in the workplace by doing simple, kind actions like inviting different colleagues to lunch. He also stressed the importance of defending diversity to the outside world. Next, Sanaa Laabich (Fulbright alumnus to University of California, Berkeley, 2015) discussed her experience as a “#nafri”, or North African, in her personal and engaging presentation “Karriere zwischen #nafri sein, Fulbright und Stereotypen”. Stereotypes, she said, help to organize a confusing world, but it is our responsibility to be critical of them. Laabich cautioned attendees that they must tell their own stories, or else someone else will. Then, Felix Wehinger (Fulbright alumnus to University of California, Los Angeles, 2011/12), posed a thought-provoking question to participants: “Is Class the New Race?” In his presentation, “Diversity and Beyond – Erfahrungen mit Diversity in einem vermeintlichen postracial Amerika”, Wehinger spoke of a diversity as a quality not only to be accepted, but celebrated. Finally, Anja Kuttenkeuler (Fulbright alumnus to Adelphi University, 2000), empowered women to own both their career and their lives in her inspiring speech “Ideal Mother – Ideal Worker? Bridging the Gap – Conditions of an Inclusive Environment”. She spoke of her “two hearts” – work and family – and challenged parents to seek a balance between the two, without feeling a “bad conscience” if they prefer one over the other.

Following a lunch break, and a lively panel discussion, Fulbrighters heard their first keynote speaker, Aliyeh Yegane Arani. Her presentation, “Diversity und Antidiskriminierung: Ansätze zur Umsetzung einer Menschenrechtskultur in der Gesellschaft”, was a fascinating, up-close look at the various dimensions of diversity, and actionable measures of antidiscrimination. Discrimination without intention, she notes, is still discrimination, so education is of the utmost importance. The final keynote speaker of the afternoon was Leysan Keller, co-founder of the initiative “Karrier mit Kopftuch (“Career with a Headscarf”). Keller provided attendees with interesting insight into the discrimination women with headscarves face in the western professional world.

On behalf of all attendees, I’d like to thank Latham and Watkins for hosting and sponsoring this enriching event, as well as the German Fulbright Alumni Association for their work in organizing it. The first Fulbright Diversity Weekend was enriching and inspiring, and prompted many captivating discussions. It also certainly spurred enough questions for another Diversity Weekend next year. Diversity is certainly multifaceted, and the event organizers did a good job capturing several different aspects of diversity. However, in the future, the Fulbright Diversity Weekend might address other diversity topics, including sexual orientation, age and gender identity. This month, we look forward to the next German Fulbright Alumni Association event, the Fulbright Winter Ball, in Mainz.