So gay! Who has not heard homophobic remarks used as an insult in sports? Even today, even in Western Europe, many lesbian, gay, bi and trans people have negative experiences in sport—from bullying in school, to coming across anti-LGBTQ* language down the pub, on social media, on or off the pitch. They can feel that they are not welcome and that sport is not a safe place for them to be.

In 2005, my now wife Karen Ruddock together with a friend, Stephen Park, started the London Royals Hockey Club. They wanted to create a community and inclusive space where people from different backgrounds could come together and find friends, fun and support. A club open to ALL, not just the LGBTQ* community, to all abilities and regardless of background.

The London Royals Hockey Club today is a community of over 350 players who are active on a monthly basis plus many more who have since moved away from London and all over the world and still feel part of the family and join occasionally for tours or events. Some even started their own inclusive clubs.

We particularly welcome complete beginners and we have a hardship fund in place so that anyone who wants to play can play. We provide a supportive environment, to inspire confidence and where everyone feels welcome. Mixed games and socials are at the very core of the club. Inclusivity has also made us exceptionally diverse in age (currently from 20 to 65) and ethnicity, and our members come from all over the world. This club is a family for many, for those that are rejected, for those that feel like they don’t fit, for those who just want to play sports and make friends.

The German Fulbright Alumni Association is proud to announce that this year’s Jürgen Mulert Award on Mutual Understanding is bestowed to the project “Mit Mach Musik”. Bridget Kinneary, Fulbright alumni from the United States now based in Berlin and music director of the project is presented with the Mulert Award for her courage and vision of supporting refugee children in Berlin and developing intercultural understanding.

Frankfurt am Main, Germany, March 2017 – The German Fulbright Alumni Association is proud to announce that this year’s Jürgen Mulert Award on Mutual Understanding is bestowed to the project CEMPRENDE in Tegucigalpa, Honduras. Pedro Marcial Cerrato, cofounder and chief activist of CEMPRENDE will be presented with the Mulert Award for his courage and vision of supporting local entrepreneurs in a challenging environment.

CEMPRENDE is a collaboration and networking community where entrepreneurs find guidance, peer-to-peer support and be encouraged to innovate. Mr. Cerrato and his fellow activists have organized an NGO to offer (pre)incubation and acceleration programs for social and technological ventures. “Our initiative is a paradigm shifter because it offers a collaborative approach that millennials can relate with”, Mr. Cerrato explains. He was a Fulbright scholar at the University of South Carolina between 1995 and 1997.

CEMPRENDE aims to open dialogue with key ecosystem players, like municipal authorities, to improve the regulatory environment faced by new and established micro, small and medium sized enterprises. “A place where entrepreneurs meet policy makers, mentors and trainers who walk their talk and help others prosper”, affirms Mr. Cerrato. Future plans for CEMPRENDE include a fabrication laboratory (fablab) where youngsters and adults can learn how to use technology to create and to invent while having fun.

In 2015, after more than 20 years living abroad, Mr. Cerrato returned to his home country to use his international experience to foster innovative social and impact entrepreneurship. Vanessa Wergin, president of the German Fulbright Alumni Association, affirms that “CEMPRENDE takes Senator Fulbright’s idea of waging global peace through mutual understanding to a local level and thus stands out as an example for many Fulbrighters around the planet.”

The Jürgen Mulert Memorial Award on Mutual Understanding was established in 2010 in memory of Dr. Jürgen Mulert, scholar, poet, inventor and Deputy Executive Director of the German-American Fulbright Program. The Mulert Award is given annually to volunteers, artists, professionals and researchers across disciplines, whose work reflects and advances discourse on peace through mutual understanding. Former Mulert Award recipients include Sherief El-Helaifi, Oksana Buzhdygan, and Jörg Wolf. The Award will be presented on March 18, 2017, at the German Fulbright Alumni Association’s annual Winter Ball in Mainz, where Mr. Cerrato will be a guest of honor.

To nominate projects for the Mulert Award see
https://www.fulbright-alumni.de/what-we-do/mulertaward.html 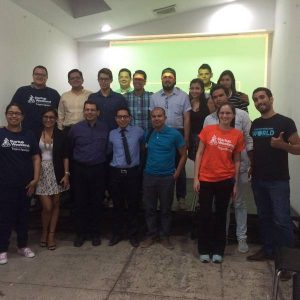 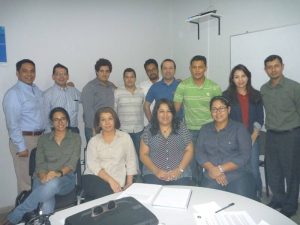 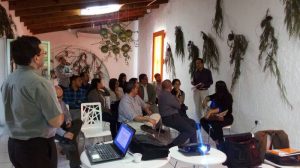 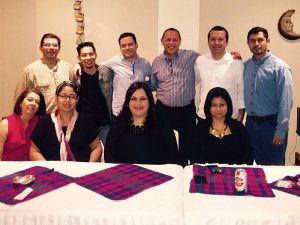 Global Colleagues attempts to match multidisciplinary poverty scholars in one-to-one partnerships and encourages participants to collaborate, to share reading recommendations and research insights, information on conferences, workshops as well as to offer introductions to research networks where appropriate. Partnerships are established for the duration of one year, renewable for further one-year periods by mutual consent.

In 2015, Global Colleagues brought together 68 participating scholars from 31 countries, also thanks to the help of many volunteers. In 2016, Mr. Lepenies, a post-doctoral fellow at Free University/WZB Berlin who spent a Fulbright year at Yale University, plans to attract funding as well as gain institutional partners and thereby expand and professionalize the program for its participants. His hope is that through this program, poverty research can become inclusive and global and that in turn, policy designed to eliminate poverty is influenced by a diversity of voices.

The participants and their geographical distribution
https://www.google.com/maps/d/viewer?mid=zxavS2Anlgm8.kNv4t9t9VDLM

Mr. Wolf, a political scientist and former Fulbright Scholar at Johns Hopkins University, explains his volunteer engagement with the necessity of critical, and balanced perspectives on international relations. Since its launch in 2003 the Atlantic Review has published more than 1.000 articles on topics like Iraq, the war on terrorism, NATO, but also economics and pop cultural issues related to transatlantic relations. Current issues such as human rights, freedom of speech, and privacy, have been debated by hundreds of readers and commentators, providing a basis for understanding differences and commonalities alike.

Ecological Education in the Ukraine

The German Fulbright Alumni Association is pleased to announce that this year’s Juergen Mulert Memorial Award on Mutual Understanding is bestowed to Sherief El-Helaifi and the project “Schuelerpaten Berlin”. The Mulert Award is given annually to volunteers, artists, professionals, or researchers across disciplines whose work reflects and advances Senator Fulbright’s idea of “waging peace through mutual understanding”. The award will be presented on February 2, 2013, at the German Fulbright Alumni Association’s annual Winter Ball in Hannover, where Sherief El-Helaifi will be a guest of honor and present the “Schuelerpaten” project.

El-Helaifi, currently a B.A. student at the Berlin Institute of Technology, spent a Fulbright exchange year at the University of California at Berkeley in 2011/12, where he focused on Industrial Engineering and Operations Research. “Schuelerpaten Berlin”, which El-Helaifi supported as co-founder, board member and head of public relations, is a unique project which focuses on the process of cultural exchange and awareness. Geared specifically to young people of Arabic descent, “Schuelerpaten Berlin” organizes tutorings between mentors and mentees. Mentors, usually university and doctorate students, are matched with young people from Arab families. Tutoring takes place in the privacy of the mentee’s home, opening up a whole new world to the mentor and facilitating intercultural education of both mentor and mentee.

Since its start in 2009, “Schuelerpaten” has created more than 220 tutoring partnerships and has thus been instrumental in broadening the public discourse surrounding issues of integration in Germany. In 2013, El-Helaifi plans to expand “Schuelerpaten Berlin” to the Ruhr region, and later to other regions, as well. El-Helaifi, who himself has both German and Arab roots, explains the need for such a program: “As the child of a Muslim Egyptian father and a Christian German mother, I grew up learning to appreciate and embrace two religions and two very different cultures. Sometimes I felt that I was pressured to decide whether I am Egyptian or German, although I just felt as both. But I realized how hard it is to integrate if nobody takes you by the hand and explains cultural differences.”

According to Benjamin Becker, president of the German Fulbright Alumni Association, “the idea of ‘Schuelerpaten’ is both simple and revolutionary, and promotes the growth of volunteerism in Germany”. The statistics are testimony to the success of “Schuelerpaten Berlin”: In a survey conducted in 2011, over 68% of mentees said that their grades had improved dramatically through the “Schuelerpaten” program. 79% had a better understanding of school tasks, 79% had learned and incorporated crucial organizational skills, and 74%, felt more self-confident. Overall, 90% of the mentees surveyed were more than satisfied with their mentors.

Winner of the 2012 “Juergen Mulert Memorial Award on Mutual Understanding” is Mr. Janosch Delcker and his project “Urban Observations”.

Mr. Delcker realized a series of short videos in which he portrays artists in New York City and Berlin, respectively. The German Fulbright Alumni Association chose “Urban Observations” for its ability to esthetically foster William Fulbright’s idea of “waging peace through mutual understanding”.

The award ceremony will be held in Schwerin during the Association’s Winter Ball.

The featured artists were supposed to represent a cross section of artists working in the respective city. Urban Observations, therefore, included various genders, ethnic backgrounds, sexual orientations, and ages. The youngest one is in his late 20s, the oldest one in her early 60s. Some of them are very established, some of them up-and-coming. Some of them are natives to their cities, some of them from other parts of the country; some of them are foreigners living in the city.

He holds a Bachelorʼs degree in Literature, Music and Media from Humboldt-University, Berlin, and Universidad de Salamanca, Spain. In 2009/10, he spent one year on a Fulbright scholarship at the Department of German at New York University, where he finished his Masterʼs degree in German Literature and Media in May 2011.

Since then, heʼs been working as a freelance video journalist in Berlin, Germany.